9 min read
FacebookTwitterRedditPinterestEmail
Umami Insider interviewed Nobu from Yama Seafood, a master of seafood behind the delicious fish you eat at notable restaurants in tri-state and beyond. Find out what makes Yama Seafood one of the best in the seafood industry.

Japanese cuisine has captured many people’s hearts. Everybody knows sushi, and everyone who’s been to Japan raves about how amazing the food was. So what is it that’s unique about Japanese cuisine? Of course, Japanese cuisine delivers exceptional quality and flavors with fresh ingredients and unique recipes. But is there something more intriguing behind the cuisine itself? Umami Insider interviews masters of Japanese cuisine to uncover the secret to the great food of Japan. 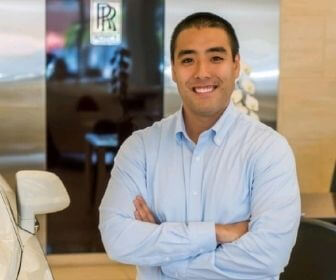 Our first guest is Nobu Yamanashi from Yama Seafood. Since 1980, Yama Seafood has been delivering high-quality fish to many restaurants in the United States, including notable Michelin-starred clients on the East Coast. Currently headquartered in Jersey City, NJ, the company started when Nobu’s father, Kingo Yamanashi, bought eight pieces of Bluefin Tuna in Boston on the morning of July 4th, 1976, and sold them to Japanese chefs in New York City. Back then, New York City had a tight-knit community of Japanese people. Demand quickly increased, and four years later, in 1980, Yama Seafood started operating from a 5,000 square feet warehouse in Gansevoort Building in Meatpacking district, New York City, with ten staff. The company kept growing, and now it has over 400 customers in the United States.

From Automotive to Seafood

Nobu took over the role of President at Yama Seafood in 2021. A dashing young man full of energy with an absolute love for fish and his business, it’s hard to grasp that he had no prior seafood background and no intention of ever joining this seafood supplying business until recently. “It’s not a desirable business if you think about it. Going to bed at 6 pm and waking up at 2 am on a Friday, working 12 hours. It’s not normal and a different lifestyle. As a kid, I couldn’t fathom doing this.”

Nobu has a background in the luxury automotive industry. When Kingo was looking to retire and sell his business to a Japanese corporation that wanted a US presence, Nobu decided to step in to keep his father’s legacy. “It was not just selling the business. There was a lot more to it,” says Nobu. “There are a lot of people who’ve been working for my father for over 30 years. They’ve been here their entire career and most of their adulthood. Selling the business would have changed everyone’s workflow. That was why my father held onto the business for a long time as he didn’t want to see it become corporate.”

Learning Seafood by Conversing with the Experts

Surprisingly, not having a background in seafood wasn’t a unique situation at Yama Seafood. In fact, even his father started this business without proper experience in seafood. What’s more, most of his staff, in the beginning, didn’t have seafood industry experience. “Japanese people, in general, have a natural background in terms of tasting and knowing the quality of fish. Because we eat fish, it’s different from teaching people who’ve never eaten fish. The only thing we needed to learn was the seasonality of the fish and logistics,” as he explains how most of Yama Seafood’s veteran staff came to work for the business by word of mouth in the Japanese community. “We talk to chefs and the fisherman. We observe people at the marina. Most of us learned seafood by doing it.”

Tuna, the King of Seafood 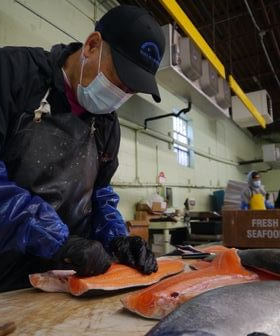 Although Yama Seafood supplies a variety of seafood, tuna is their expertise. To deliver the best quality tuna, he says it’s important to know what each clientele is looking for in its tuna.

“Sushi restaurants like fatty fish. French restaurants, on the other hand, don’t want fatty tuna. French cuisine uses many sauces, so it’s all about color, texture, and appearance rather than flavor.”

“Spain bluefin tuna from a farm called Balfegó is the best in terms of most commercialized tuna here. Obviously, there is a Japanese bluefin farm Kindai that sells fully sustainable tuna. But it’s not highly consumed in the States because they are so expensive. The best bluefin tuna lives in the northern part of Japan, Oma. The ocean there has tons of good squids, so the tunas there are sweet. Those are the black diamonds of tuna. ”

According to Nobu, when you’re at a low-range omakase sushi place, you’re most likely eating tuna from Mexico. You’re eating Spanish tuna at a mid-range restaurant, and at a high-end, you’re eating wild tuna. However, wild tuna isn’t available all year round because of a strict restriction carefully managed by the fisheries.

This is where Yama Seafood’s unique “Azukari System” comes into play. Azukari means “to keep” in Japanese. Simply, it’s a fish-keeping service. For a selected range of its clientele, Yama Seafood stores seafood in its super freezer. By offering this special service, high-end restaurants can purchase wild tuna in its season and keep it in the super freezer to be distributed throughout the year. “Spain bluefin is the fattest in the winter. It’s just like humans. We try to exercise and stay fit in the summer, but we stay indoors when it’s cold out. The tuna becomes less active when the water is cold, and the fish keeps its fat,” explains Nobu with his unique yet easy-to-understand analogy. “Experienced restaurants that want to serve the consistent quality of bluefin tuna throughout the year would buy the year-worth of fatty tuna in the winter and keep it in the Azukari system.”

The Quality of Fish

If you keep fish in the super freezer and defrost and treat the fish properly, you can keep the excellent quality. “People often have misconceptions that if you freeze the fish, you lose quality. That’s not true. You are very likely eating Otoro tuna that’s been frozen six to eight months ago at a high-end sushi restaurant.”

If you want an excellent tuna, you want a chubby one, like you want a dad bod. Not extremely overweight, but mostly fit with a bit of belly. 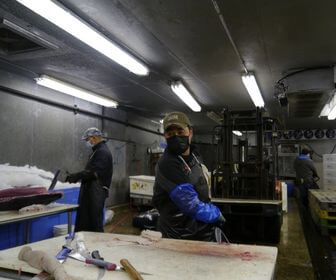 Fresher fish doesn’t necessarily mean the best fish. Just like the bigger tuna doesn’t mean the best. A giant bluefin tuna means it’s overweight. It means that the meat isn’t fit, and it’s flabby and soft. Nobu again describes this in a simple analogy. “If you want an excellent tuna, you want a chubby one, like you want a dad bod. Not extremely overweight, but mostly fit with a bit of belly. The tuna gets delivered in a box, and it is not hung-delivered. So if the tuna is overweight and if they box it belly-side down, the weight itself crushes the meat while in transit.”

Nobu has two simple rules that he inherited from his father: always say good morning when you come, and always be on time.

“When you get to the restaurant and you just drop off the box, let them sign the invoice, and leave… that’s disrespectful. I know a lot of other distributors do that, but that’s not how we do it. We only exist because they order from us. They can stop ordering from us simply because our driver has a bad attitude, and that’s silly.”

Not only does Nobu teach his staff everything to know about seafood, but he also teaches his staff to be the best version of themselves.

When asked about what he loves about his job, Nobu answers, without a heartbeat, “I love working with people every day.” This mentality is the backbone of why many restaurants deem Yama Seafood simply the best. Considering Yama Seafood’s leading industry standards of quality fish, it’s impressive to learn how they taught themselves seafood and how they’ve achieved to be one of the most trusted seafood suppliers. However, it only takes a few minutes of speaking to Nobu to understand why and how they’ve done that.

“What I like is, I love seeing my workers develop—growing from literally having no idea what they’re doing, not even knowing how to cut the fish or not knowing the name of the fish. 99% of our staff don’t come from a seafood background. I teach my driver every single item, so they don’t make mistakes when delivering.”

Of course, quality matters, prices matter. But if they don’t like dealing with you, they’re not going to order from you. 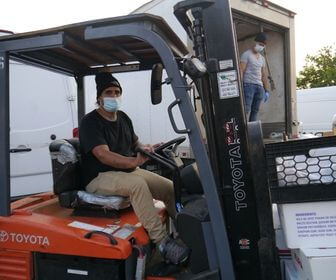 “These are the information that my drivers can get on the ground. We can literally win a business over because our client likes our drivers better than other drivers. You know, it’s a human business, right. Of course, quality matters, prices matter. But if they don’t like dealing with you, they’re not going to order from you.” Nobu says it right there. Japanese food captures people’s hearts not only with the quality and flavor, but also with the hard-working craftsmanship of people like Nobu behind the ingredients.

Yama Seafood to Your Home

Recently, Yama Seafood ventured into home delivery of their fresh seafood and other Japanese food items. If you are lucky enough to be in their delivery areas, we highly recommend ordering from Yama Seafood! Yama Seafood is also actively recruiting staff to join its team. If you’re intrigued with how Yama Seafood is behind the success of many notable restaurants, you can apply here.

“My favorite fish?” Ahh, such a difficult question…” Nobu laughs as he tries to answer our final question. “I have to say tuna. If I don’t say tuna, it’s really messed up.”

How to Make Vegan Sushi At Home

The vegan boom in recent years shows similar movements in Japan, and vegan sushi is also becoming popular. Learn how to make your vegan sushi easily at home!

As a self-taught ramen chef, Victoria has spent many years perfecting her skills to create artisanal Japanese ramen. Her uniquely flavored broths have earned her a great deal of praise, and her upcoming cookbook offers many tips and ramen recipes.

Culture, Only in Japan

Wagyu beef, which comes from Japanese Wagyu cattle, is said to be the best beef in the world. But what makes Wagyu beef so delicious? High-fat content and more separates Wagyu beef from all other types of meat.