5 min read
FacebookTwitterRedditPinterestEmail
Rice is an important ingredient in Japan, serving not just as a side dish at most traditional Japanese meals, but also as the main component of many flavorful Japanese rice dishes, not to mention snacks and desserts.

In Japan, rice is an important part of both the country’s culture and its cuisine—so much so that not only is it typically served with every meal, but the meal times are also actually referred to as “morning rice” (asa gohan), “lunch rice” (hiru gohan), and “dinner rice” (ban gohan). And while there is an abundance of different types of rice available, people in Japan utilize two types of rice for daily consumption. One is glutinous rice (mochigome) and the other is a short-grain variety (uruchimai).

In addition to serving as quite capable side dishes, these two types of rice also comprise the main component of many different meals in an array of variations. If you get the chance, try some of the dishes on this list. You’ll sure see how versatile (and tasty) rice can really be. 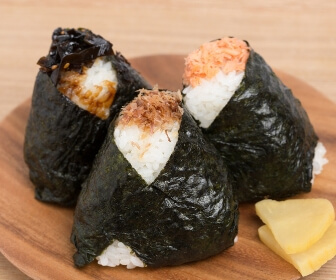 You might have seen them on a menu in a Japanese restaurant referred to simply as Japanese rice balls. And while it’s true that the concept of onigiri is relatively simple, there is much more to these flavorful treats that can be your appetizer, side dish, or even a full meal.

Onigiri doesn’t necessarily have to look like balls. It can also appear as a cylinder, a triangle wedge, or a flattened disc, to name a few variations. Flavor and preparation variations are numerous as well, ranging from a simple sprinkling of sesame seeds, bonito flakes, or red shiso powder. You can also mix rice with wakame seaweed, or with a more hearty filling of fried chicken, tuna, shrimp, or fermented foods like umeboshi. Lastly, you can serve it cold, wrap it in nori, or grill it. 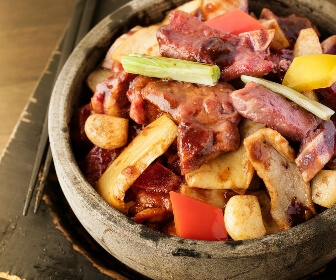 The name of this rice dish comes from the vessel you use to cook it—an iron pot (kama). You can cook the rice plain or with a variety of other seasonings, such as mirin or soy sauce. Additional ingredients are typically laid over the top of the rice, such as meat, fish, or vegetables. A lid is placed over the top, and while the dish steams, the rice on the bottom is allowed to burn slightly, which infuses the whole dish with a strong toasty umami. 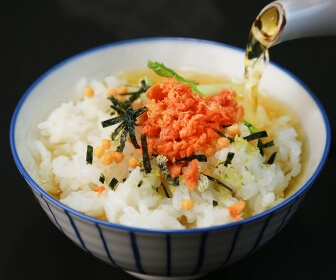 Consider chazuke to be a rice porridge. Serving as a comforting dish in cold weather or when you aren’t feeling well, chazuke is also a good hangover cure, serving to reinvigorate the body. There are quite a few variations of rice porridge in Japan. This version infuses the rice with hot green tea, or dashi as an alternative. The dish also comes with fish, seaweed, sesame seeds, or flavorful rice seasonings. 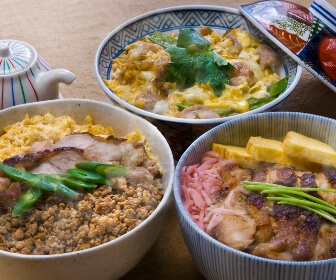 Donburi, also known as a rice bowl, is essentially a bowl of rice with specific ingredients on top. That being said, there are dozens of donburi variations, served either hot or cold, depending upon the ingredients and preparation. All offer their own unique flavors and umami and can deliver quite a filling meal or serve as an ample side dish to a traditional Japanese dinner. 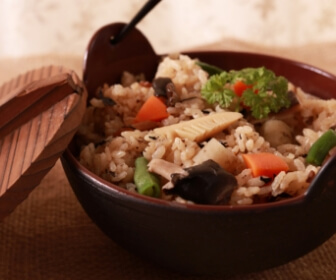 This traditional rice dish is created by mixing together a variety of ingredients and seasonings with uncooked rice, and then cooking it all together. The result is a dish brimming with rich umami. Takikomi gohan is an ideal dish for utilizing fresh, in-season ingredients so that you’ll get the most intense flavorings. 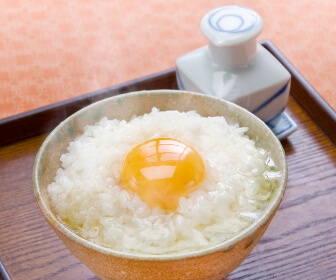 While breakfast in Japan is often a meal just as elaborate as dinner, not everyone has time in the morning to prepare and enjoy a large meal. Enter tamago kake gohanan. It’s an easy-to-make breakfast featuring a bowl of hot rice with raw egg, soy sauce, and salt to taste. You can also add additional seasonings such as nori, mirin, or furikake to the mixture. 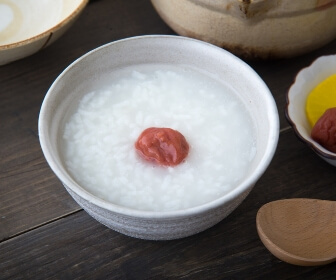 Also a type of rice porridge, but with excess water. People typically season or garnish okayu with herbs, Japanese pickles (tsukemono), or other ingredients. It’s a warm and comforting dish, suitable for when you’re feeling sick or hangover. 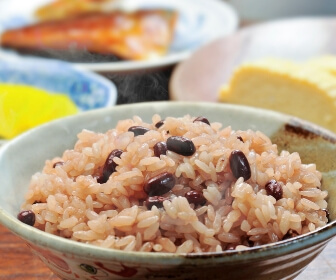 Japan’s own version of rice and beans is actually a celebratory dish. People often enjoy thisdish during special occasions such as birthdays, holidays, and other celebrations. It’s a simple dish of sticky rice and red adzuki beans, but the red color of the beans symbolizes good fortune. When eating, you garnish the dish with black sesame seeds and salt (kuro goma shio). 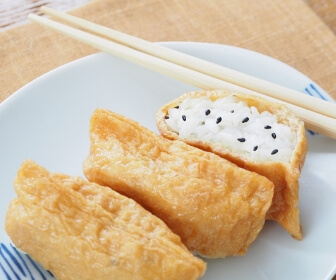 Of course, rice plays a large part in sushi, maki rolls in particular, and also nigiri sushi, among others. But sushi rice also plays a part in another popular Japanese rice dish— Inari Sushi, also known as Inarizushi. Don’t be surprised if you’ve never heard of it or seen it in a sushi restaurant before. It’s more of a Japanese snack and deli food, consisting of sushi rice that has been wrapped in a seasoned Aburaage pouch, which is deep-fried tofu skin. It’s rather sweet, and you can also stuff it with vegetables or seaweed. 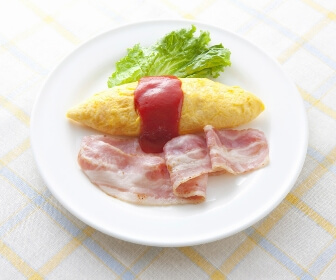 Also known as omurice, at first glance this dish might appear as a plain omelet, but once you break through the thin blanket of egg, you’ll see an inside oozing with flavorful rice that has been cooked with tomato sauce, and chicken or vegetables. Extra tomato sauce typically graces the top of the omelet as well. The additional touch delivers a comforting umami as it pairs well with both the rice and the egg.

With these meal kits, you can now easily make three popular Japanese dishes in no time. They are all vegetarian-friendly! Pick up your favorite produce items to make a Japanese meal at home.

You can make much more than miso soup with miso paste. Try our five easy recipes that use miso paste to expand your cooking repertoire. Once you're used to using miso, you can surely apply it to many more recipes.

How to Cook with Kanten Powder

Japanese Kanten powder is similar to agar and gelatin and is made from seaweed. It's the ideal ingredient for vegans to make gelatin-type desserts and confectionaries.